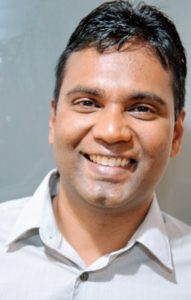 A Decade of Software Defined Networking at Google

Abstract: Google’s global cloud infrastructure is built on three pillars: ubiquity, disaggregation and high availability. To support these three pillars, we have been building a network unparalleled in reach, scale and capability over the last decade.  Early on, we realized that the network we needed to support our services did not exist and could not be bought. Hence, over the past 10+ years, we set out to fill in the required pieces in-house. Our fundamental design philosophy is that the network should be treated as a large-scale distributed system and leverage the same control infrastructure we developed for Google’s compute and storage systems. In the process, we made every network layer intelligent, fault-tolerant, highly reliable and programmatically manageable to allow for rapid evolution and innovation. Software defined networking is the only way we build network infrastructure at Google today.

Prior to Google, Vijay was Director of Marketing at Infinera where he worked with major global network operators to design and deploy PIC based digital optical networks. Prior to joining Infinera, he was at Motorola Access Networks as Director of Market Development for PON, DSL, and IPTV products. Earlier, he was with Sycamore Networks in senior system architecture and product management roles, where he defined architecture for reconfigurable optical networks, and integrated switching and transport systems.

Vijay has published extensively and holds 15+ patents in optical components, system design and network architecture. He is a frequent speaker at industry conferences and executive forums. He received an MS in Physics and a Ph.D in EE with a focus on optoelectronic integration from the University of Maryland, College Park and a BSEE from IIT, Madras in India

Division of Atomic Physics, Lund University, Sweden
Member of the Nobel committee for Physics from 2007 to 2015.

Abstract: This presentation will describe some of the Nobel prizes in Physics in the area of Photonics. Starting from the 1964 Nobel prize to Townes, Basov and Prokhorov “for fundamental work in the field of quantum electronics, which has led to the construction of oscillators and amplifiers based on the maser-laser principle” to the 2014 Nobel prize to Akasaki, Amano and Nakamura “for the invention of efficient blue light-emitting diodes which has enabled bright and energy-saving white light sources”.

Anne L’Huillier is a professor in Atomic Physics at Lund University since 1997. Her research is centered around high-order harmonic generation in strong laser fields and its applications, in particular, to attosecond science. She was elected to the Royal Swedish Academy of Sciences in 2004 and has been a member of the Nobel committee for Physics from 2007 to 2015. 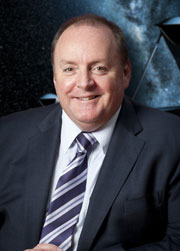 Abstract: The Square Kilometre Array, a next-generation radio telescope, will change the way humanity views the Universe. Building on 70 years of radio astronomy developments, astronomers and engineers are designing what will be the largest scientific instrument on the planet. The SKA, currently in the detailed design phase, will be built in Australia and South Africa by an international consortium, currently of 10 nations. The science to be done by SKA encompasses almost the entire history of the Universe, from exploring the so-called Cosmic Dawn, when the first stars and galaxies were formed, to understanding how planets are formed in the present day. Along the way SKA will enable precise studies of the secrets of gravity, dark energy, dark matter and the molecular building blocks of life.

I will discuss the current status of SKA, as the project prepares for the transition to construction. I will describe in detail the critical role that optical fibre systems play in enabling the SKA, with its requirement to transmit data at Tbit/sec rates over hundreds and thousands of kilometres, to become a reality.

Professor Philip Diamond is the Director-General of the SKA (Square Kilometre Array). He was appointed to this position in October 2012, and is responsible for the team designing and ultimately constructing the SKA, which, when completed, will be the largest scientific project on Earth.

From 2010 – 2012 he was the Chief of CSIRO Astronomy and Space Science (CASS), which operates the major radio astronomy facilities in Australia, namely Parkes, the Compact Array and Mopra. CASS also operates the NASA Deep Space Network tracking station at Tidbinbilla, near Canberra, and has built ASKAP, the Australian SKA Pathfinder, in the Murchison in Western Australia.

Prof Diamond moved to Australia in June 2010, leaving his previous role as Director of the Jodrell Bank Centre for Astrophysics, part of the School of Physics and Astronomy at the University of Manchester in the UK. The University owns and operates the giant Lovell Telescope and, on behalf of the UK’s Science and Technology Facilities Council, the e-MERLIN/VLBI National Facility. Prof. Diamond was responsible for the operation of both facilities.

Professor Diamond completed his PhD at the University of Manchester in 1982. He worked at the Onsala Space Observatory in Sweden and the Max-Planck Institute for Radioastronomy in Bonn, Germany before moving to the National Radio Astronomy Observatory (NRAO) in the USA for 12 years. He held the position of Deputy Director of the NRAO’s VLA and VLBA before moving back to the UK in 1999 upon being appointed as the Director of MERLIN.

Professor Diamond’s research interests include studies of star birth and death; exploring both through the use of radio interferometers such as MERLIN. He is also interested in high resolution studies of supernovae, both in our own Galaxy and in others. Finally, he also dabbles in studies of discs of molecular gas rotating around super-massive black-holes at the centres of other galaxies. He has published ~300 research papers in astronomy.

Phil is married to Jill; they have a son who recently graduated with a degree in Biochemistry and Genetics from the University of Leeds and a daughter who works as a project manager for a company installing remote scanning devices in libraries, warehouses and factories. He enjoys reading, supporting Manchester United and the England Rugby and Cricket teams, watching his son play rugby and playing the (very) occasional game of squash. 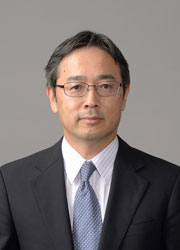 Optical Communications: Past, Present, and Future

Abstract: Looking back the milestones of Fiber-Optic Systems, the future of related technologies will be discussed referring to the evolution of wireless systems. Because optical communications are based on the laser frequencies of the 200 THz.

Mr. Hagimoto
In 1980, He joined the NTT Electrical Communications Laboratories, Yokosuka, Japan, where he has led R&D projects on high-speed optical communications systems including 10G and higher EDFA repeatered systems. After a executive director of Science and Core Technology Laboratory Group, which is responsible for leading edge technologies of NTT R&D activities, he has been the President and CEO of NTT Electronics Corporation since 2013. His current research interests include very large capacity optical network systems and media networking technologies utilizing these systems.

Mr. Hagimoto is a fellow of IEEE and the IEICE of Japan, and a member of OSA. He has served as a program co-chair of OAA’93 in Yokohama, Japan, a general co-chair of OAA’94 in Colorado, and the TPC chair of ICC2011 in Kyoto. He is currently a member of IEEE Photonics Society BoG (2015-17). He received the Sakurai Memorial Prize from the Optoelectronic Industry and Technology Development Association in 1989, the Oliver Lodge premium from the IEE in 1991, the Kenjiro Takayanagi memorial award in 1994, the achievement awards from the Institute of Electronics, Information and Communication of Engineers of Japan (IEICE) in 1994 and 2006, Maejima Award from TEISHIN association Japan in 2007, the 7th Industry-Academia-Government Collaboration Honor Program Prime Minister Award in 2009, and the Medal with Purple Ribbon from Japan in 2016.

This site uses cookies. By continuing to browse the site, you are agreeing to our use of cookies.

We may request cookies to be set on your device. We use cookies to let us know when you visit our websites, how you interact with us, to enrich your user experience, and to customize your relationship with our website.

Click on the different category headings to find out more. You can also change some of your preferences. Note that blocking some types of cookies may impact your experience on our websites and the services we are able to offer.

These cookies are strictly necessary to provide you with services available through our website and to use some of its features.

Because these cookies are strictly necessary to deliver the website, refusing them will have impact how our site functions. You always can block or delete cookies by changing your browser settings and force blocking all cookies on this website. But this will always prompt you to accept/refuse cookies when revisiting our site.

We fully respect if you want to refuse cookies but to avoid asking you again and again kindly allow us to store a cookie for that. You are free to opt out any time or opt in for other cookies to get a better experience. If you refuse cookies we will remove all set cookies in our domain.

We provide you with a list of stored cookies on your computer in our domain so you can check what we stored. Due to security reasons we are not able to show or modify cookies from other domains. You can check these in your browser security settings.

These cookies collect information that is used either in aggregate form to help us understand how our website is being used or how effective our marketing campaigns are, or to help us customize our website and application for you in order to enhance your experience.

If you do not want that we track your visit to our site you can disable tracking in your browser here:

We also use different external services like Google Webfonts, Google Maps, and external Video providers. Since these providers may collect personal data like your IP address we allow you to block them here. Please be aware that this might heavily reduce the functionality and appearance of our site. Changes will take effect once you reload the page.

The following cookies are also needed - You can choose if you want to allow them: